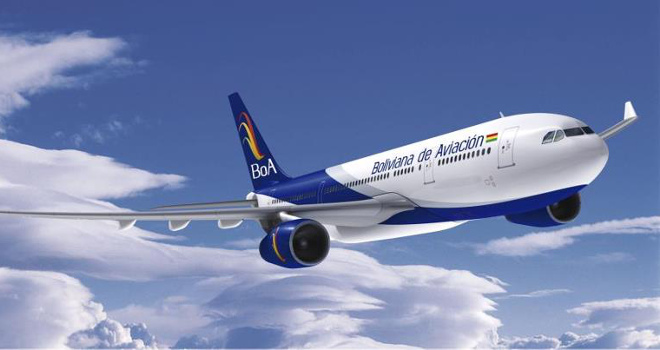 Boliviana de Aviacion (BoA) is Bolivia’s nationally-owned airline. One of the fastest-growing and largest airlines in Bolivia, BoA has been in operation for 5 years and has carried more than 6 million passengers. It operates a fleet of at least 10 aircraft, making more than 70 flights per day to a growing number of Bolivian and international destinations. BoA began operations in March 2009, with flights between Cochabamba, La Paz and Santa Cruz. This was later extended to include other Bolivian destinations such as Sucre, Tarija and Cobija. In May 2010, BoA began flying internationally to Buenos Aires, Argentina. This was followed by the addition of flights to Sao Paulo (Nov 2010), Madrid (Dec 2012), Salta (May 2014), and Miami (June 2014). BOA have also been authorized to operate flights to Washington and it is expected that the Miami leg will be extended to Washington in the near future.

BoA offer flights to and from the following destinations:
FIND OUT WHY