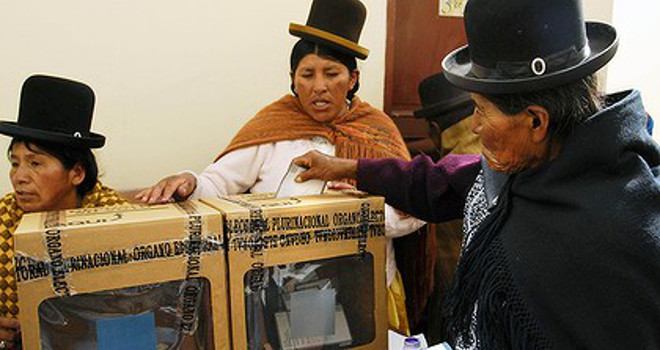 Indigenous leader of the Movement for Socialism party, Evo Morales, won the election with a 61.4% majority. This was followed by Democrat Unity candidate Samuel Doria Medina with 24.2%, Christian Democratic Party’s Jorge Quiroga with 9.0%, Movement without Fear’s Juan del Granado with 2.7% and Green Party of Bolivia’s Fernando Vargas also with 2.7%.

Indigenous leader of the Movement for Socialism party, Evo Morales, was the firm favorite throughout the election period. Morales has held the Bolivian presidency since 2005, winning with a 63% majority in 2009 and 54% in 2005. He would have been unable to run again in 2014 due to presidential term limits were it not for a Supreme Court ruling that a change in the constitution during his time in office meant that his first term in office did not count towards the limit. This ruling is contested by his opponents.

Early polling in urban areas had around 43% of the population in favor of Morales. He showed even stronger support in rural areas having, by some estimates, support of 60% of the Bolivian population.