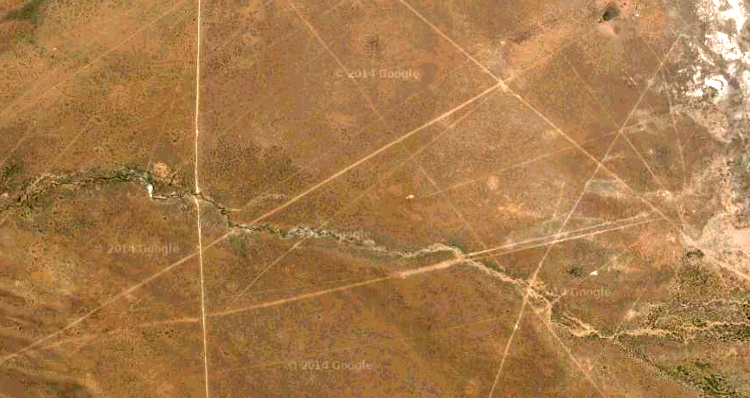 In a remote part of the Oruro department, in the shadow of Bolivia’s highest peak, lies what may be the world’s largest work of art.

The little known Sajama Lines are a network of thousands of near perfectly straight lines carved into the Earth as early as 3000 years ago by the indigenous population. The lines cover an area of 22,525 square kilometers, fifteen times larger than the Nazca Lines, and total an astonishing 16,000 kilometers in length.

The web of lines are thought to have been used as footpaths in pilgrimages and between the shrines, burial towers and villages constructed at their intersections. The motivation for their construction is not understood, however.

Likewise, it is unclear how the lines were created with such precision in the varied, uneven terrain. Each line is etched into the ground by removing the top soil and surface rock, exposing the lighter rock underneath. The individual lines measure 1-3 meters wide, and are up to 20 kilometers long.

The lines are located near the Nevado Sajama volcano, Bolivia’s highest point, and are best appreciated from the air or a high vantage point.