Best Things To Do In Santa Cruz De La Sierra 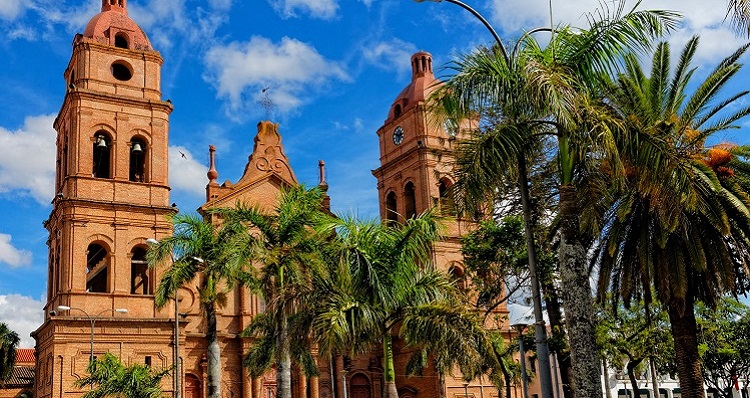 One of the fastest growing cities in the world, Santa Cruz is a true example of Bolivia’s ability to combine a modern lifestyle with traditional values.

Differentiating itself from other parts of the country, Santa Cruz shines due to its tropical savanna climate, low-lying altitude, gorgeous wildlife, vibrant night-life and unique culture.

While unassuming at first, given time, the bustling metropolis unveils itself to be a vivacious city of contrasts. Up-scale restaurants operate alongside local street-vendors, colonial architecture blends with native art, traditional outfits stand out among urban street wear and time-honored customs hold strong against latest trends. 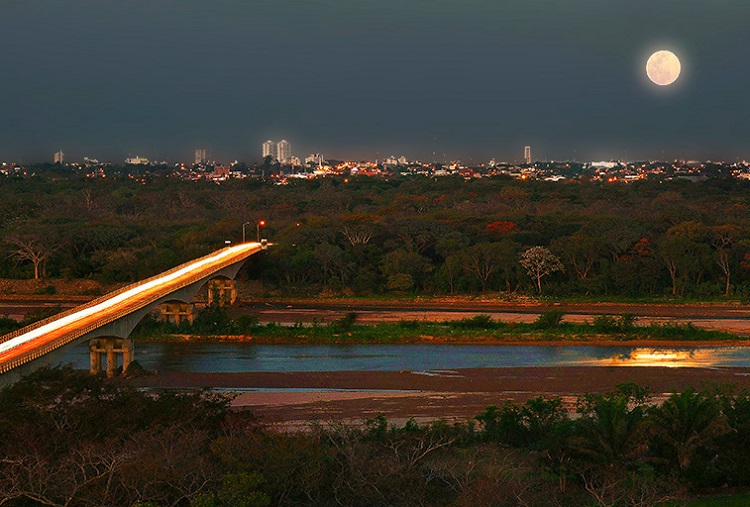 Located at the foothills of the Andes, Santa Cruz is not only the main hub for flights in and out of the country, but the gateway to some of Bolivia’s most adventurous outdoor activities. From wildlife watching and sand boarding to river rafting and hiking, there’s something to suit every travel-taste.

Santa Cruz, while still developing is by far the country’s most contemporary city. Not only is it an ideal starting point for those looking to ease themselves into the Bolivian way of life, but a great place to get off the beaten track – exploring parts of the country often not featured in magazines and guidebooks.

To help make the most of your trip, we have picked some of the best things to see and do in and around Santa Cruz: 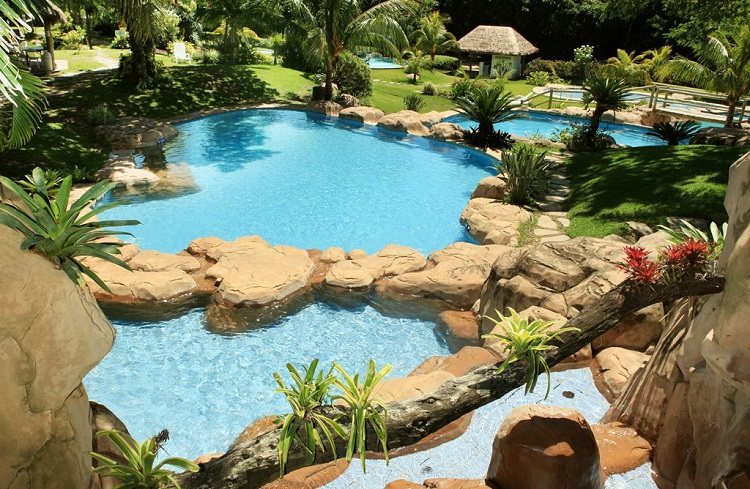 Parque El Arenal: one of the city’s oldest parks and a favorite among locals, the green oasis is a wonderful setting to take a stroll, enjoy a snooze under the bulbous toborochi trees and paddle by boat around the scenic lagoon. Other things to do include visiting the promenade’s island which features a mural by famous Santa Cruz artist Carlo Lorgio Vaca as well as checking out the Museo Etnofolklórico Municipal which displays artifacts from Eastern Bolivia’s various ethnic groups.

Playland Water Park: a fun day out for all the family. Opened from September through to May, the water park features large wave pools, water slides, restaurants, playgrounds and more. 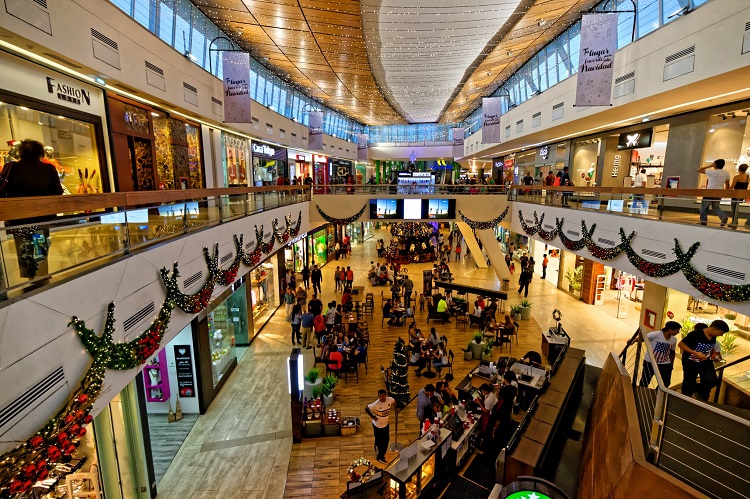 Ventura Mall: the first large shopping center of its kind in Bolivia, which is equipped with everything from a bowling alley and multi screen cinema to a TGIF and Hard Rock Café.

7 Calles Market: known for its large array of clothing and shoe stalls, this is where you go to have your garments repaired, purchase beautiful fabrics or even have an outfit tailor-made. Open Monday to Saturday from 9am to 6pm, there is also a small food area to grab a bite to eat.

Tahuichi Soccer Stadium: a multi-purpose venue which hosts local soccer matches and the occasional high-profile game or concert. A popular time to catch a soccer match is during the Clasico when Santa Cruz’s two main football teams, Oriente Petrolero and Blooming, play against each other. 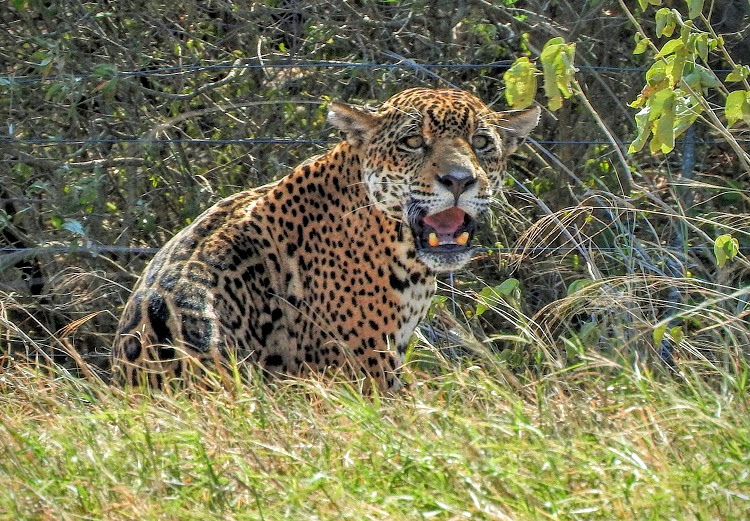 Jardin Botanico: 186 hectares of stunning gardens featuring a nature trail where you can encounter anything from large groups of monkeys to lazy sloths sleeping in the overhead trees.

Amboró National Park: This well preserved nature reserve boasts over 912 species of birds and over 177 mammalian species including the puma and the rare spectacled bear. Featuring beautiful walks, cascading waterfalls, dense vegetation, spectacular landscapes, fascinating archaeology and a great diversity of flora and fauna, it is no wonder that Amboró is one of Bolivia’s greatest natural treasures.

Chiquitania Region: Differentiating itself from other parts of the country, this stunning region shines for its unique wildlife, tropical vegitation and natural history. With sights such as the mysterious rock formations of the the Santiago de Chiquitos Mirador and the hot thermal springs of Aguas Calientes as well as the incredible biodiversity of Noel Kempff National Park, it’s difficult to understand why the area is so delightfully devoid of tourists.

Kaa-Iya National Park: Ever wanted to see a jaguar in the wild? Those desperate to catch a glimpse of this beautiful yet elusive creature are best trying their luck at Bolivia’s Kaa Iya National Park, home to an estimated 1000 spotted cats. 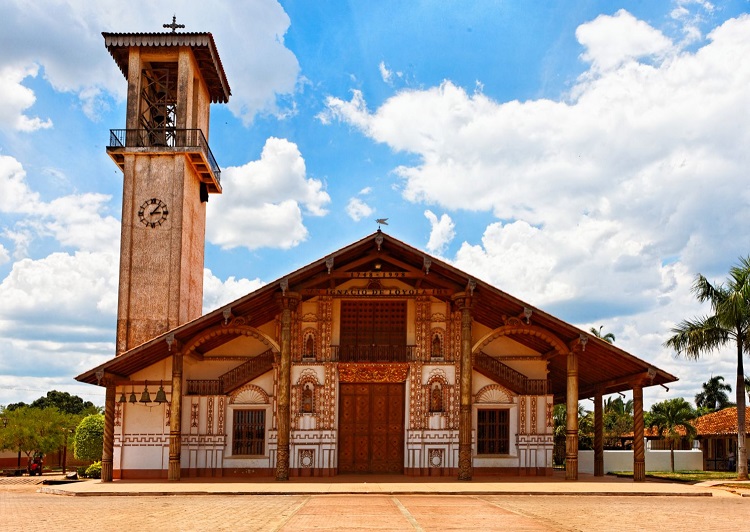 Modern Art Museum: features permanent and temporary exhibitions of modern art from foreign and local artists, both paintings and sculptures.

Catedral de Santa Cruz: An ornate 400 year old cathedral with panoramic views of Santa Cruz from the top of its clock tower. Located inside the cathedral is the Museo de Arte Sacro featuring ancient gold and silver relics as well as one of the world’s smallest books, a thumbnail-sized volume containing the Lord’s Prayer in several languages. 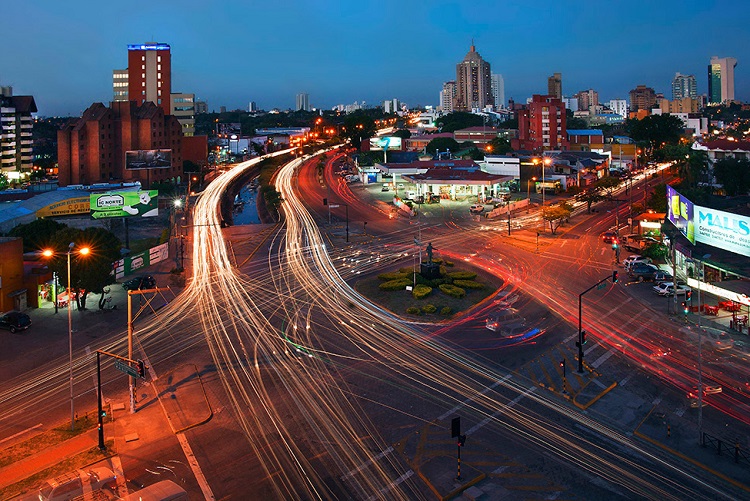 Monseñor Rivero: a hip street full of the city’s fanciest cafés and restaurants. It’s also one of the most popular night spots in Santa Cruz for partying. Keep your eye out for Cristo – a large cement statue depicting Christ with outstretched arms.

Urubo: a new estate in Santa Cruz where million dollar, Hollywood-type houses are the norm.

Equipetrol: one of the city’s wealthiest neighborhoods. Here you’ll find up-scale speciality shops, spas, salons and health food stores as well as a mix of traditional and modern restaurants, ice-cream parlors and luxurious hotels. The main street, Avenida San Martin, is lined with bars and clubs, making it one of the best places in Santa Cruz to party. 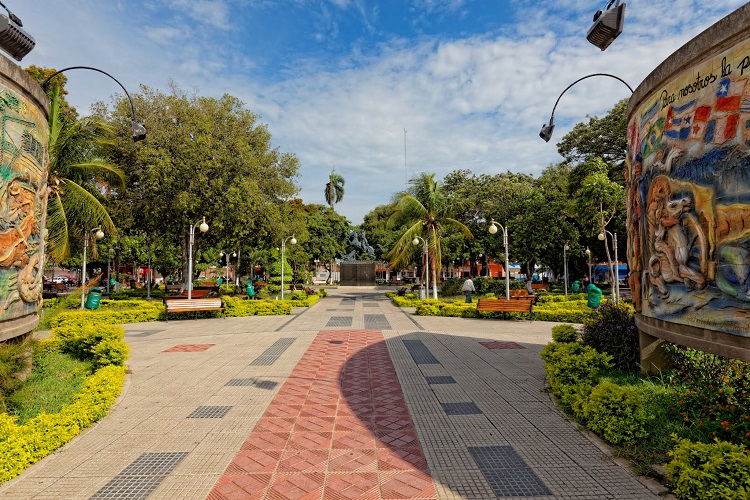 Porongo: Less than 20 kilometers to the west of Santa Cruz and next to the Piraí river is the small town perfect for experiencing the Camba culture.

Samaipata: Veering slightly off Bolivia’s tourist trail is an enchanting town located in the foothills of Santa Cruz. Quechua for “Rest in the Highlands”, Samaipata is not only a unique tourist destination but a popular weekend retreat for Bolivia’s wealthier residents. Surrounded by stunning landscapes, stylish hangouts, mysterious pre-Incan ruins and peaceful nature walks, the town is a relaxing hideaway for those looking to kick off their boots and enjoy the tranquil surrounds.

Visited Santa Cruz? What were your favorite things to see and do? Share in the comments below: