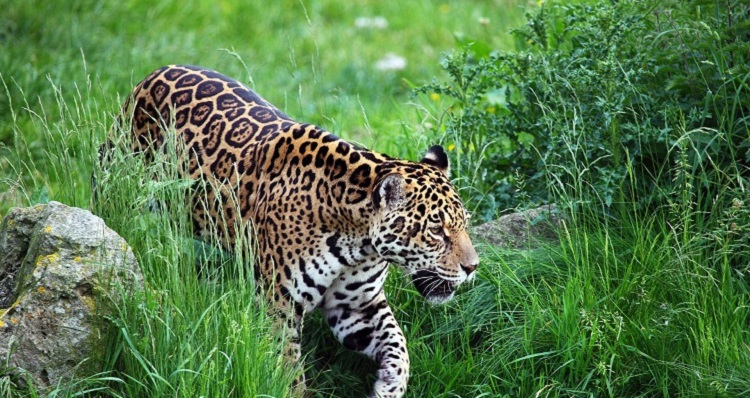 Boasting thousands of species of birds, animals, fish, reptiles and amphibians, Bolivia is one of the most bio-diverse countries on the planet. A staggering 40% of the earth’s animal and plant life can be found in Bolivia’s well preserved national parks, making it one of the best destinations in the world to go wildlife watching. Nature lovers will appreciate observing exotic creatures thriving in their natural habitat, an increasingly rare occurrence in today’s diminishing ecosystems. 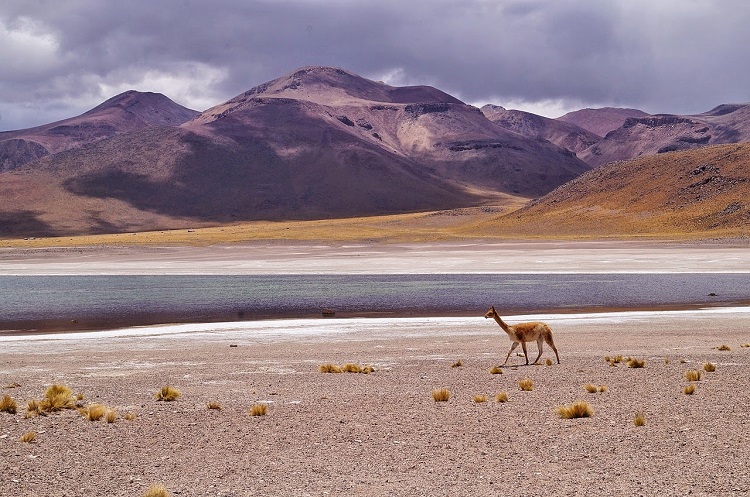 Whilst there’s nothing more thrilling than spotting an animal in the wild, there are a handful of wildlife refuges and conservation parks throughout the country providing a safe haven for some of Bolivia’s most vulnerable creatures. Travellers have the unique opportunity to volunteer as caregivers, bonding with animals as they help to rehabilitate and release them back into the wild. From spectacled bears to pink river dolphins, Bolivia is a magical place to experience our planet’s awe-inspiring animal kingdom.

Observe Jaguars In The Wild 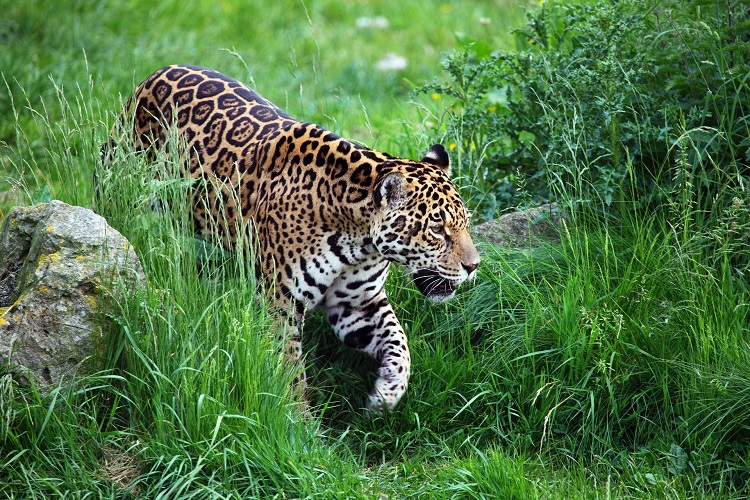 Shying away from the prying eyes of tourists, encountering a jaguar in the wild is no easy feat. Jaguars are the only species of panther found in the Americas and unlike other cats, are good swimmers, heading to the river to feed on fish, turtle or caimans. Scared of humans, it’s more common to tread over a Jaguar’s muddy footprints than to be confronted by one in the wild. Those desperate to catch a glimpse of this beautiful yet elusive creature are best trying their luck at either San Miguelito Jaguar Conservation Reserve or Kaa Iya National Park. Due to their remote and largely untouched location, these two wildlife hotspots are some of the best places in Bolivia, if not the world, to spot a jaguar roaming freely. Tip: To increase your chances of seeing a Jaguar, book a tour with the knowledgeable and passionate team over at Nicks Adventures who record sightings on 80 percent of their trips! 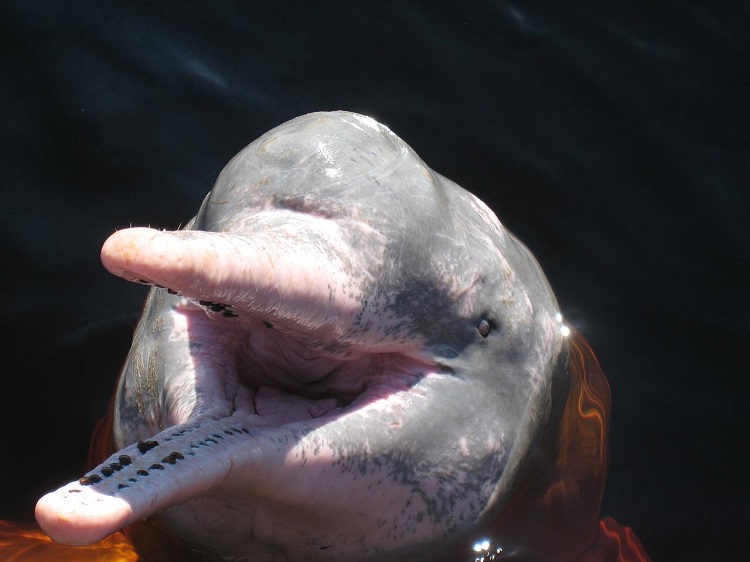 In the Bolivian Amazon, river dolphins are pink. The reason for this unique coloration has yet to be established, though possible explanations include the presence of blood vessels near the surface of the skin, chemical disposition of the water and the temperature of the water. Also known as Inia Geoffrensis, these dolphins are considered to be the most intelligent of the world’s five freshwater species, with a brain capacity 40% larger than that of humans. Pink dolphins can bend their head 90 degrees thanks to the unfused vertebrae in their neck, allowing them to easily navigate grassland and shallow waters. While it’s possible to swim with pink river dolphins, it’s vital that tourists not disturb the mammals in their natural habitat. Make sure to seek out a responsible company in Rurrenabaque which offers travellers the chance to get close to the majestic creatures without handling or harassing them. Tip: Make a trip down to the river at night. According to ancient Amazonian legend, come nightfall pink dolphins emerge from the water as handsome young men to seduce young women from nearby villages! 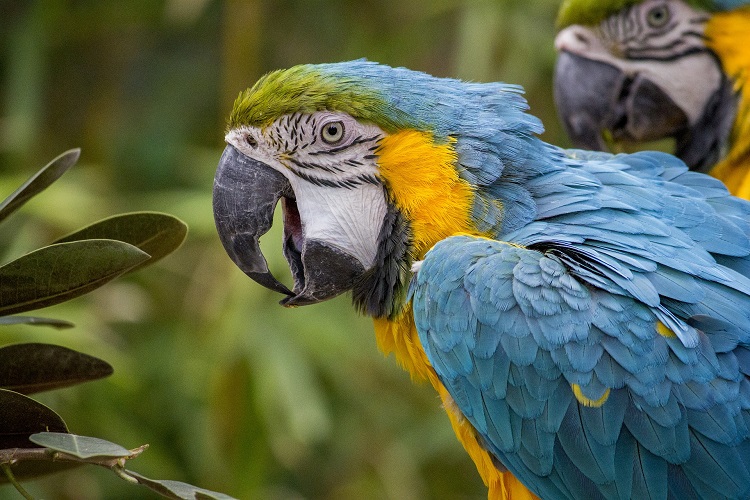 Soaring through the blue skies of Bolivia are some of the most diverse and rare species of bird in the world. Supporting more than 40% of the total number of bird species found in South America, Bolivia boasts the highest avian diversity of any land-locked country in the world. The blue-throated macaw, endemic to Bolivia’s Beni Savannah, is a beautiful example of the rare types of birds to be found throughout the country. Famed for their striking blue and yellow feathers, the macaws are also one of the most endangered birds in the country with only 400 estimated to remain in the wild. A popular place in Bolivia to go birding is Amboro National Park, home to a staggering 830 species of bird, the highest of any park in the world. A three hour drive west from Santa Cruz, this pristine park is the perfect place to spot blue horned curassows, spectacled owls, white-bellied hummingbirds, cock of the rocks, military macaws, cuvier toucans, and much, much more. Tip: Stay at Refugio Los Volcanes, a small colonial-style lodge on the south-side of Amboro National Park, perfect for unwinding after a busy day of birdwatching 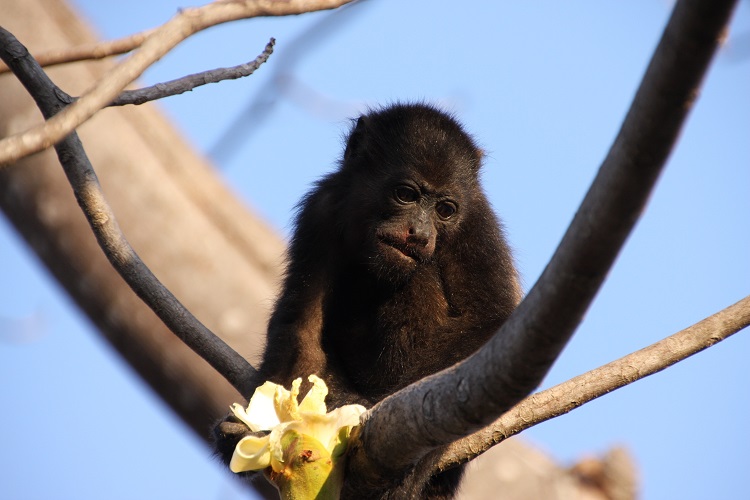 Nestled in the heart of the Amazon is a wildlife refuge helping to take care of Bolivia’s sick, mistreated and abandoned monkeys. Parque Ambue Ari, the largest branch of the well known Inti Warra Yassiis, is an 800-hectare wildlife centre located six hours north of Santa Cruz between Ascensión de Guarayos and Trinidad. Though the highlight for many volunteers are the big cats, the park also plays host to an array of other animals including tapirs, deer, birds and of course monkeys. Volunteers looking to help take care of the park’s banana loving friends will be responsible for cleaning cages, daily feeding, assisting in construction and providing a happy and relaxed environment for the monkeys to live. Blown away by the level of interaction they have with the animals, it’s not uncommon for many volunteers to extend their stay at the refuge by a couple of months. Tip: There’s no monkeying around when volunteering at Parque Ambue Ari. Conditions are basic and the animals demanding, so be prepared for some hard but extremely rewarding work. 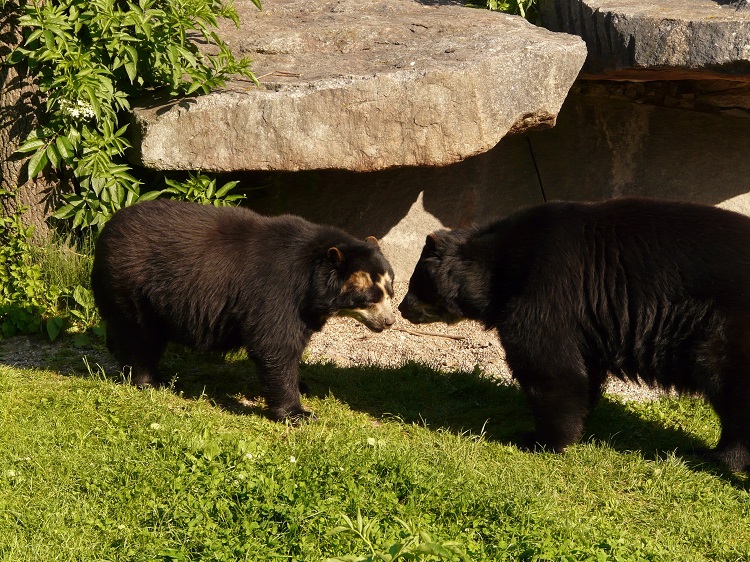 Lurking in Bolivia’s treetops is the only surviving species of bear native to South America. The spectacled bear, also known as short-faced bear, Andean bear and Ucumari, is named after the creamy white fur resembling glasses around its eyes. Despite being the largest land carnivore on the continent, the fruit-loving animal is predominantly vegetarian, using its large, flat molars to chew on tough rainforest plants such as palms and cacti. Due to the spectacled bear’s penchant for remote locations, as well as its nocturnal behaviour and solitary nature, spotting one of these mysterious creatures in the wild is no easy task. That being said, one of the best places in Bolivia to encounter a spectacled bear is Madidi National Park, an ecological masterpiece renowned for its huge range of flora and fauna. With a dash of luck, persistent travellers with a keen eye may just catch a glimpse of the unassuming mammal. Tip: To boost your chances of a bear sighting, look up. The nocturnal animals often spend their days in tree nests which they use as sleeping and feeding platforms. 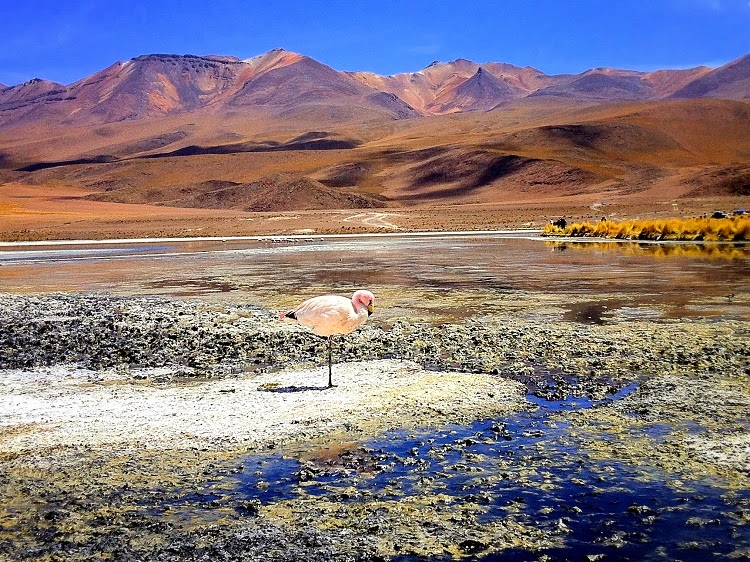 Looking out over Laguna Colorada, travellers often mistake the thousands upon thousands of feeding flamingoes for rippling waves of water. Every summer, Salar de Uyuni is a major breeding ground for several unique species of vibrant pink flamingos; the James flamingo, the Chilean flamingo and the Andean flamingo. Interestingly, flamingos aren’t actually born pink, but derive their color from a diet rich in carotene which allows them to produce pigmented feathers. Usually considered a tropical bird, Bolivia’s flamingos have adapted to Uyuni’s harsh, arid weather, surviving at high altitudes of 4500 meters (15,000 feet) above sea level. Once a colony of 70,000, today there are fewer than 5,000 flamingos left on the Altiplano, with extinction a real possibility if nothing is done to protect the vulnerable species over the next 10 years. Tip: To photograph these elegant birds as well as experience some of the most breathtaking scenery on earth, book a tour of Salar de Uyuni. Where are your favourite places in Bolivia to go wildlife watching? Share below: